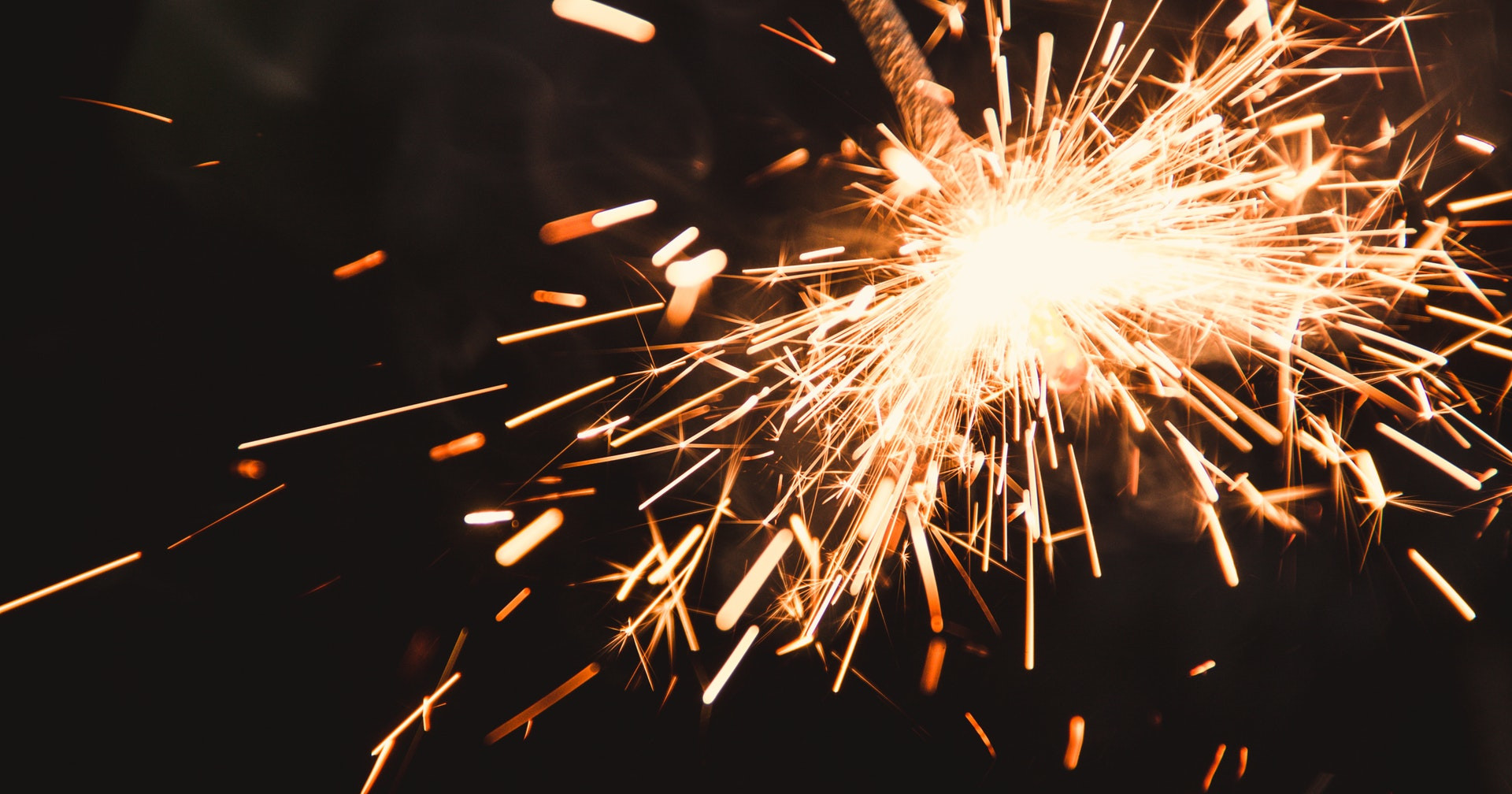 The five undergraduate students in the Linking Music Theory and Practice project presented their work to an enthusiastic audience last spring. This issue of Think Theory! publishes their lecture-recitals with multimedia elements. Links below lead to each student’s essay.

Stay current with us from anywhere in the world via our Facebook group. “CU Music Theory” also features student Theory Thursday posts (meant both for the general public and for musicians).

Matthew Arndt (M.M. Composition, 2001) is currently Associate Professor of Music Theory at the University of Iowa. He also teaches composition and musicianship at the Society of St. Romanos the Melodist Orthodox Music Masterclass. In 2018, he had his first book, The Musical Thought and Spiritual Lives of Heinrich Schenker and Arnold Schoenberg, published with Routledge, had a premiere by Cappella Romana of the collaborative composition Heaven and Earth (in press with Musica Russica), and had an article on a renewed conception of formal function published in Music Theory Spectrum. One of his current projects is a study of elaboration in three-voiced chant from the Republic of Georgia.

Karin Buer (M.M. Theory, 2010) presented her paper “Extramusical References and Private Meaning in Clara Schumann’s Variations on a Theme of Clara Schumann, Op. 20” at the “Performing Clara Schumann” Conference at Cornell University in November. She has also been accepted to present her research on Clara Schumann’s and Johannes Brahms’s “Schumann” Variations at the annual meeting of the Rocky Mountain chapter of the American Musicological Society. She continues to teach theory and aural skills courses at CU as a Lecturer in the College of Music.

Clay Downham (M.M. Theory, 2018) is a musician based in New Orleans, Louisiana. Performing on guitar and keyboards, he maintains weekly residencies at Prohibition on Bourbon Street, The Columns Hotel, and Greater Galilee Missionary Baptist Church in the historic Treme neighborhood of New Orleans. Clay presented research on Eric Dolphy, as well as George Russell’s Lydian Chromatic Concept, at conferences of the American Musicology Society & Society for Music Theory in 2018, and the Society for American Music in 2019. He is now redirecting his time towards creative musical pursuits.

Sarah Ellis (B.A. Music, B.A. Mathematics, 1994) is the Kenneth and Bernadine Russell Professor of Music Theory and Associate Director of the School of Music at the University of Oklahoma. In the past year she has had publications in Music Analysis and the Journal of Musicological Research. She is currently working on an article project on music by Clara Wieck Schumann, whose music was introduced to her in the previous century by Dr. Steven Bruns.

Michael Furry (M.M. Theory, 2013) is an adjunct faculty member at the University of Denver’s Lamont School of Music, teaching at both the undergraduate and graduate level. He has established relationships in the non-profit community of Denver, including Swallow Hill Music, assisting with their communication outreach workshops through the Denver Public Library System. His active performance schedule includes organizing and participating in volunteer performances at the Goddard School of Early Childhood Development and the Parkside Village Retirement Community. Michael performs with his bluegrass/folk/Americana group, Hilltop Harvest Band, and is a regular participant in guitar competitions: he is the 2018 Utah State Instrument flat-picking champion, the 2018 Utah State Instrument finger-picking runner-up, and the 2016 and 2017 RockyGrass Bluegrass Festival flat-picking runner-up.  Performance highlights include Austin City Limits, South by Southwest, Wakarusa Music Festival, and the Ogden Bluegrass Festival.

Katie Mess (M.M. Theory, 2015) is adjunct instructor of flute at Rollins College, Second flutist with the Bach Festival Orchestra of Winter Park, and a member of the EPCOT Candlelight Orchestra at Walt Disney World. In addition to the flute studio at Rollins, she coaches the flute choir and new music ensemble, and teaches core music theory classes. Since graduating from CU, Katie has completed an MA in flute performance at the University of Central Florida where she studied with Nora Lee Garcia, and is currently a first-year DMA student in flute performance at the University of Florida where she studies with Kristen Stoner, in addition to pursuing a cognate in injury prevention with the department of Applied Physiology and Kinesiology.

Landon Morrison (M.M. Theory, 2012) is now a College Fellow at Harvard University, where he recently began teaching after completing a Ph.D. in Music Theory at the Schulich School of Music at McGill University in Montreal. His dissertation, ”Sounds, Signals, Signs: Transductive Currents in Post-Spectral Music at IRCAM,” examines the relationship between contemporary compositional practices, technological development, and psychoacoustics within the context of music created at the Institut de Recherche et Coordination Acoustique/Musique (IRCAM) in Paris, France. In addition, he has a number of recent and forthcoming articles in journals such as Music Theory Online, Circuit: musiques contemporaine, and Nuove Musiche, as well as a chapter in the soon-to-be-published Oxford Handbook of Time in Music.

Mitchell Ohriner (B.M. Composition, 2004) is currently Assistant Professor of Music Theory at the Lamont School of Music at the University of Denver. His monograph Flow: The Rhythmic Voice in Rap Music was published by Oxford University Press in 2019; other recent publications appear in The Journal of New Music Research and Music Theory Online. This spring he will be present work at Colorado State University, as well as one paper on Kendrick Lamar and schema theory (at Rocky Mountain Music Scholars) and another on Lamar and the Black Arts Movement of the 1960s (at the annual meeting of the International Association for the Study of Popular Music-US Chapter). He enjoyed reconnecting with CU at the “Rhythm Since 1900” conference in Boulder this past November, for which he served on the programming committee.

John Peterson (M.M. Theory, 2011) is currently Assistant Professor of Music Theory at James Madison University. His co-authored article “Increasing Retention and Motivation: Making a Case for Conscious Long-Term Repetition and Leveraging Peer Learning” was published in the most recent volume of Journal of Music Theory Pedagogy, and his co-authored article “Detour or Bridge? Contrasting Sections and Storytelling in Musical Theater” will appear at the end of February in SMT-V. John is also working with a group of scholars to re-launch the online, open-access textbook Open Music Theory, coming in Fall 2020.

Alan Reese (M.M. Theory, 2013) received his Ph.D. in Music Theory at the Eastman School of Music in 2018, and is currently in his second year as an Instructor of Music Theory at the Cleveland Institute of Music. Alan has presented at national and regional conferences on Karol Szymanowski’s middle-period music, the subject of his dissertation, and an article on Szymanowski’s keyboard works will be published in Music Theory Spectrum in Fall 2020. Alan’s research is currently focused on the interplay of inversion and interval cycles in Grażyna Bacewicz’s late chamber and orchestral works.

Micheal Sebulsky (M.M. Theory, 2017) is currently in his third year of the Ph.D. in Music Theory program at the University of Oregon. As part of his duties as a Graduate Employee, Micheal is currently the instructor of record for lab sections of Sophomore Ear Training, while also helping develop courses in the school’s new BA of Popular Music degree. This year, he will present his research on Dave Matthews Band at regional SMT conferences in Nashville, Lexington, Kentucky, and Greeley, Colorado, as well as presenting work from his CU master’s thesis (on sentences in the music of Johannes Brahms) at a conference in Vancouver, British Columbia.

Chelsea Wright (M.M. Theory, 2015) is currently a Ph.D. candidate and Graduate Teaching Fellow in Music Theory at the University of Oregon. Her dissertation explores the formal dynamics of the mid-eighteenth-century Type 2 sonata. She recently completed a supporting area of study in Harpsichord Performance as part of her degree, for which she delivered solo recitals in 2018 and 2019. Chelsea has presented at the North American Conference on Nineteenth-Century Music and looks forward to presenting her latest research at the meeting of the Pacific Northwest chapter of AMS this spring.

Header image: Lighted Sparkler by NastyaSensei by (pexels.com)
Side image: Map of the World by Yuri B (pixabay.com)