The College of Music Advisory Board consists of over thirty community members, all deeply engaged with music. They advocate for the College of Music locally, statewide, and nationally. Several members have worked closely with the department of Music Theory in support of our goals.

Here, we ask four Advisory Board members who have played a key role in our theory department—Bill Elliott, Dave Fulker, Daryl James, and Michelle (Mikhy) Ritter—a series of five questions.

1. What do you think motivates your deep involvement with music?

Bill – I fell in love with the piano music of Chopin while in grade school, beginning with the A major “Military” Polonaise.  I started taking piano lessons about that time in high school, playing piano in a dance band, becoming familiar with standards like “Stardust,” “Muskrat Ramble,” etc.  I never thought I would have a career in music, so acquired degrees in math and physics.

Dave – For me, musical involvement creates a sense of belonging, a sense of connection and a doorway to feelings that range from deep sadness to exhilaration, feelings that seem hard to access without the aid of art and artistry.

Mikhy – My deep involvement with music has to do with the joy it brings. Music has always enhanced and framed my life and brought me community with those who share this passion.

2. What are some of your most memorable musical experiences? 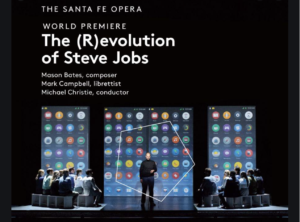 3. Why is musical advocacy so important for you (as a member of the Advisory Board)?

Mikhy – Musical advocacy as part of the Advisory Board is critical because it is the best way to give back in deep appreciation for all that is given to me. A fellow board member often reminds us that we “walk in rarified air” and are blessed to be able to enjoy the virtuosity and access we do to events and lectures at the College of Music. We need to pay it forward.

Dave – My advocacy is most deeply rooted in two notions, the first being that I should pay forward something of what I’ve gained from music and the second being a deeply-held belief that music can be an uplifting force for humanity on individual and societal levels. For me the College of Music has played and continues to play an important part in both notions, despite having spent only two of my student years as a music major there.

Daryl – The College of Music is the center of gravity for music in Boulder County. But not everyone knows that. The Music Advisory Board helps spread awareness. Students and faculty put in the individual work, and advocates help provide the community.

4. What role does Music Theory play for you as a musician or listener?

Dave – My professional life has had two primary aspects, one musical, the other mathematical and scientific. For me, music theory lies at their intersection. When engaged in what I suppose could be called meta-music—that is, planning a program, transcribing or arranging a piece, advising a musical organization (such as the Boulder Philharmonic), or simply exchanging thoughts with others about the significance of music—theory often comes into play.

Bill – My math-science background probably played a great role for my appreciation of theory: I enjoyed bringing into class diverse musical examples, from Gregorian Chant to contemporary pop. And I tried to move beyond memorization to inquiry and understanding in my classes.

Mikhy – A few years ago I attended an alumni panel in NYC where Amy Marie Stewart spoke about the importance of Theory. And so I signed up to attend some lectures and classes and it was truly an epiphany. My enjoyment of music has been enhanced in ways I’d never even dreamed. Steve Bruns’ lecture on George Crumb blew my mind!

5. Do you see a role for Music Theory advocacy in terms of musical advocacy?

Daryl – Definitely. Even though the discipline may not carry the flash of instrumental or vocal performance, we can still be its advocates. And, as a further thought, the Theory Department presentations I have seen have greatly helped me understand both some particular pieces of theory and the overall importance of its study. I look forward to more of these.

Dave – Perhaps the germ of a strategy could be found in the idea that—properly framed, investigated and taught—culturally-enriched music theory might be a prominent aspect of the College of Music’s effort to become more diverse, equitable and inclusive.

Mikhy – Yes, yes, and yes. If we fail to support Music Theory then we fail to support all other areas of study.  Music Theory is integral and critical to all musicians’ success.  I think of this often while Mike and I work with our young grandson as he learns his letters: a precursor to his ability to read, write, explore linguistics…and so much more.

DIVERSITY AND INCLUSION IN OUR THEORY COURSES

The events of the past year have caused many institutions to consider their corporate and historic role in matters of racial equity and justice. Likewise the CU-Boulder music theory faculty have begun evaluating the historical roots of our field and considering the question of how we cast a wider net in evaluating the materials and meaning of music both within and beyond the western classical tradition. Specifically in the programming of our core theory classes, which host all of our undergraduate music majors, we are working to craft an educational experience that explores a more inclusive company of composers, musical traditions and theoretical concepts, towards the goal of preparing our students for a diverse musical world.

We are diversifying the repertoire in the second semester theory course. In a recent class, I illustrated the topic at hand with Scott Joplin’s “Pine Apple Rag”;  Arturo Marquez’s “Danzón no. 2,” inspired by Mexican folk music; Johann Sebastian Bach’s Chorale no. 74; Harry T. Burleigh’s setting of the African American spiritual “My Lord, What a Mornin’”; and Felix Mendelssohn’s Violin Concerto in E minor. All of these are in a packet of scores that the students received in the beginning of the semester.

For their final projects in my Tonal Analysis course, undergraduate students will examine and present music by Samuel Coleridge-Taylor (English) and R. Nathaniel Dett (Canadian-American).