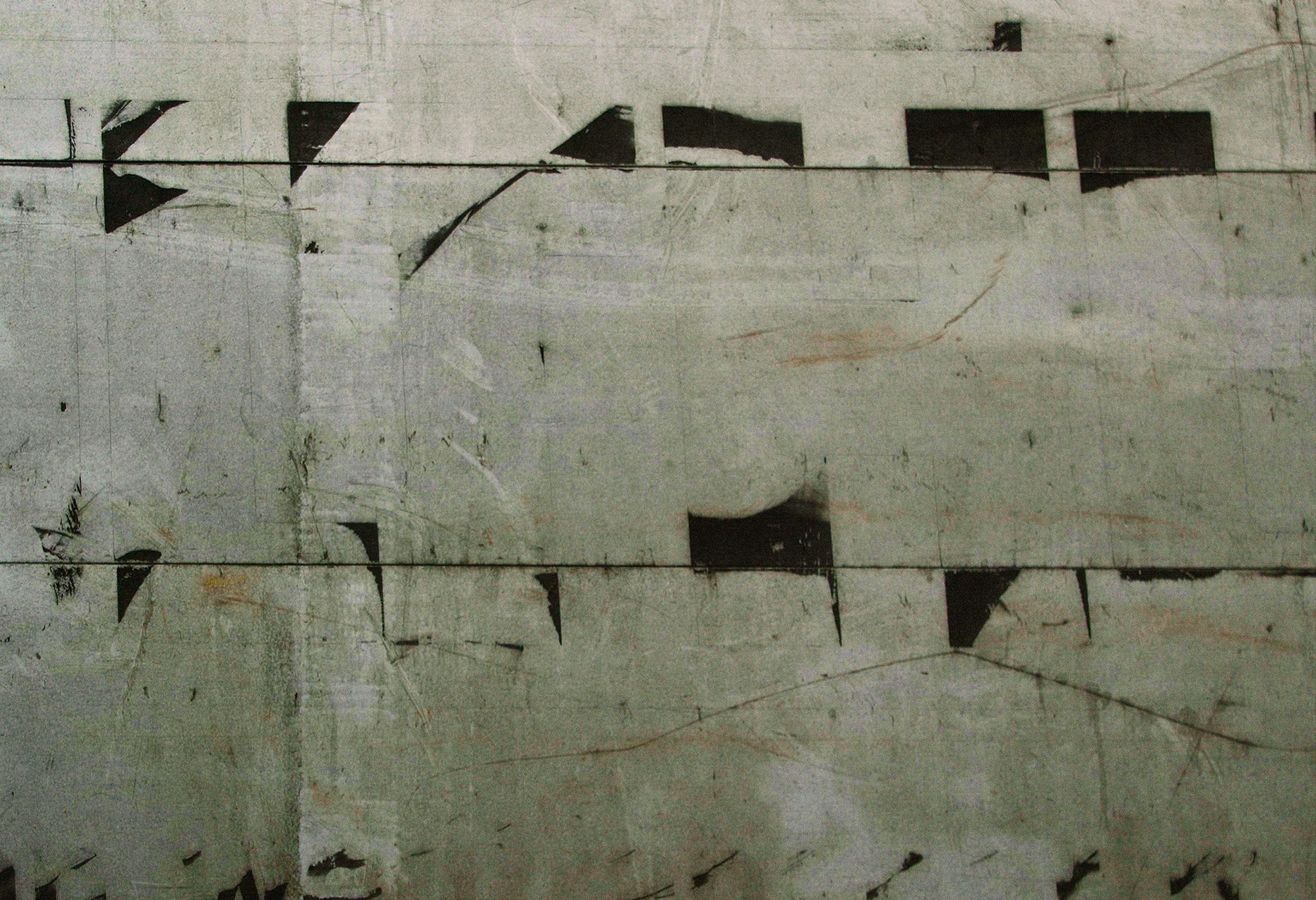 We present our inaugural THINK THEORY! crossword. Intriguing facts from the world of music theory, for both musicians and non-musicians! If you have read our previous THINK THEORY! issues, you will have a headstart on these questions. Some are factoids relating to our faculty. 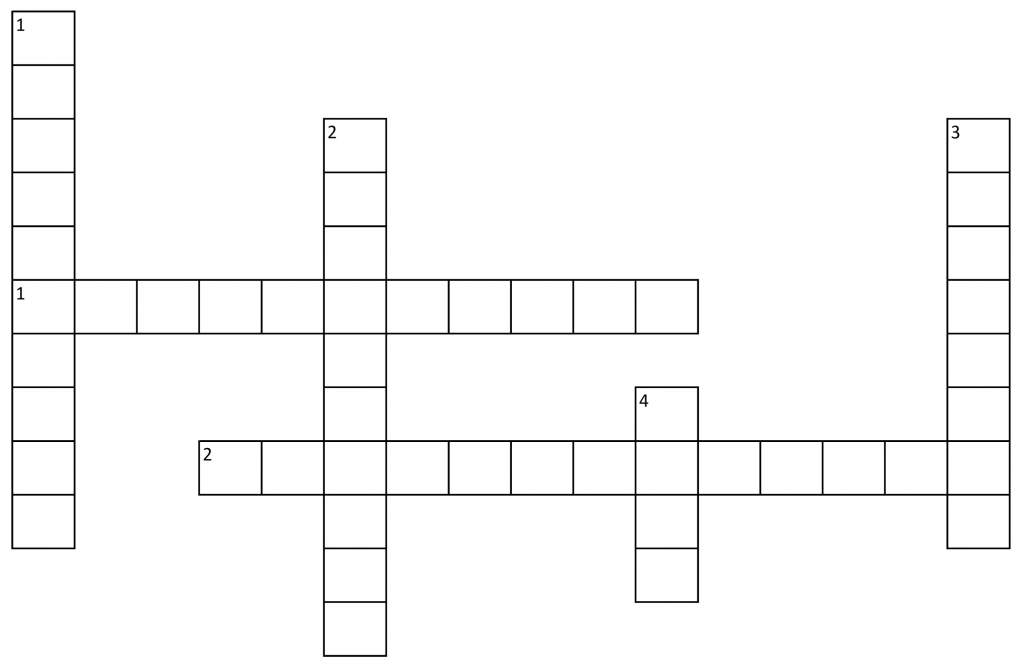 Click the crossword puzzle for a full-size downloadable image that you can print out (or fill out on your touch display). 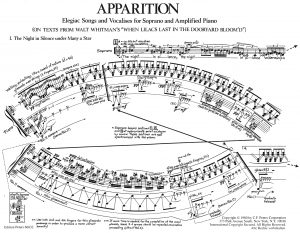 1. Here is an image from a score by an American composer of the 20th and 21st centuries. (Click image to enlarge, and listen below.) Can you identify this composer? Steven Bruns has edited a book on his music, and is writing another (University of Illinois Press). (Hint: the Events section at the end of this newsletter lists a CU on the Weekend presentation by Bruns on this composer.)

2. What is the term for a process that American minimalist composer Steve Reich used extensively in his music of the 1970s, in which a rhythmic pattern shifts gradually against itself?

2. Keith Waters’ 2011 book from Oxford University Press, winner of no fewer than six awards from sources as diverse as Downbeat and the Association of Recorded Sound Collections, discusses the recordings of the famous 1960s jazz quintet led by whom?

3. Here is a triad, a 3-note chord stacked in thirds (listen here) that forms the basis of much Western music, from Mozart to the Beatles. The word comes from “trias harmonica,” coined by Lippius in the early 17th century. Besides music theory, in what field did Lippius work?

4. Yonatan Malin, the chair of our department, has written a book entitled Songs in Motion (Oxford University Press). What is the word for the type of German song that Malin’s book explores?

In this issue of THINK THEORY!, we are pleased to introduce you to Karin Buer, the first graduate from our Master’s program, who has now returned as Lecturer to the CU Music Theory department. We also profile incoming student Clay Downham, and current students Ashley Pontiff and Micheal Sebulsky.

Karin Buer (M.M. music theory and piano performance, 2010) was the inaugural graduate of the CU Music Theory Master’s degree program. While a student at CU, she taught all four semesters of the Aural Skills sequence as well as Intensive Music Theory. Her thesis, advised by Daphne Leong and Keith Waters, is entitled Phrase Rhythm Ambiguity – An Analysis of Three Works by Johannes Brahms: Piano Quartet in G Minor, Op. 25/IV, “Mädchenlied” from Fünf Lieder, Op. 107, “Ballade” from Klavierstücke, Op. 118. Since graduating from CU, she has performed solo and collaborative recitals across Idaho, Montana, and Colorado, most recently as guest artist with the Cascade String Quartet. In 2015, she presented her research on incorporating Schenkerian Analysis into the private piano studio at the Colorado State Music Teachers Association conference. She is currently working towards a D.A. degree in Piano Performance at the University of Northern Colorado where she has taught Semester 2 Music Theory and Aural Skills, Class Piano, and Piano Technique. Her dissertation explores musical gesture and intertextuality in the piano variations of Robert Schumann, Clara Schumann, and Johannes Brahms. In 2016, she returned to CU as a lecturer of Music Theory to teach Honors Music Theory and Aural Skills, Tonal Analysis, and Semesters 1-2 Aural Skills. 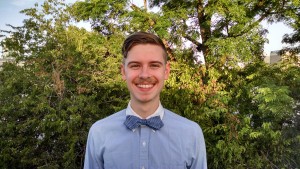 Clay Downham recently graduated from the University of Texas (B.M. in Jazz Performance & B.A. in Philosophy, summa cum laude), where he studied with Professors Jonathan Dancy, Eric Drott, and Robert Hatten. Clay’s chapter “Virtual Incarnation in Schumann’s Carnaval,” forthcoming in Semiotics 2015, explores how various real or fictional characters may be imported into the expressive narrative of a piece of music—specifically, how Schumann stages a musical image of himself via fictional characters. This November, at the Society of Music Theory/American Musicological Society conference in Vancouver, Clay will give a talk that traces the gradual distillation of interactive improvisation leading up to the celebrated “free jazz” recordings by Lennie Tristano’s Quintet in 1949. 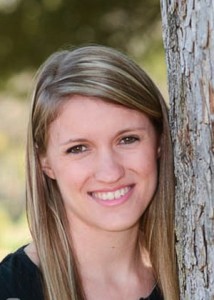 Ashley Pontiff  (M.M. Music Theory, anticipated 2016) served as Teaching Assistant in music theory for two years and is currently working on a Certificate in College Teaching through CU-Boulder’s Graduate Teacher Program. In her master’s thesis, Ashley explores the use of improvisation in music theory curricula. She focuses on the “scaffolding” of improvisation activities—how they begin with simple steps and develop into increasingly complex and challenging activities. She analyzes the use of multiple modes of thinking, different degrees and kinds of complexity, and the placement of exercises within larger curricula. By understanding the level to which each improvisation exercise is scaffolded, instructors can better choose the appropriate levels for individual classes and students. Steps can be added or skipped based on student skill sets, comfort levels, and outcomes.

This summer, Ashley served for the fourth time as camp director at the Episcopal Diocese of Texas Summer Music Camp in Brenham, Texas. The camp maintains an emphasis on choral music, but also develops instrumental and vocal technique in large and small ensembles. Along with scheduling all activities for the camp, Ashley assisted with the percussion and voice small ensembles, led sectional rehearsals, and conducted a large ensemble piece at the closing service. 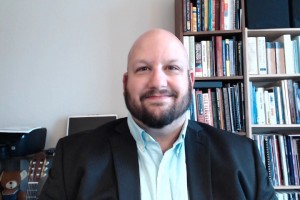 Micheal Sebulsky (M.M. music theory, anticipated 2017) serves as Teaching Assistant in music theory, this year in sophomore aural skills. He was chosen as a Lead Teaching Assistant for CU-Boulder’s Graduate Teacher Program, a role in which he oversees GTP events within the College of Music, mentors graduate teachers working on program teaching certificates, and coordinates College of Music GTP activities with those of other colleges.

Micheal’s thesis treats musical sentence structure. The sentence is comprised of a small motive, a repetition of that motive, and a continuation. Micheal seeks to find common ground between the many differing, contradictory sentence definitions that have been offered since 1998, the year that William Caplin published his widely accepted sentence definition in his book Classical Form. He plans to provide a broader definition of the sentence, while identifying common sentence idiosyncrasies. His research focuses specifically on sentences found in the music of Johannes Brahms, jazz, and popular music.

EVENTS – free and open to the public

Walt Whitman’s profound 1865 elegy on the death of President Lincoln — When Lilacs Last in the Dooryard Bloom’d — is widely regarded as one of his greatest achievements. Many composers have set Whitman’s long poem to music, often in its entirety. George Crumb’s 1979 song cycle Apparition, by contrast, uses only brief fragments to reveal the irresistible urge toward song in the Lilacs elegy. In considering Crumb’s powerfully moving response to Whitman’s poem, we’ll demonstrate and discuss key passages. The session concludes with a complete performance of Apparition.

This program is part of “Musical Conversations,” a series presented by the Music Theory Department of the College of Music in collaboration with CU on the Weekend.

In the final measures of Quebecois composer Claude Vivier’s final work – Glaubst du an die Unsterblichkeit der Seele (Do You Believe in the Immortality of the Soul; 1983) – a narrator describes how a man named Claude was stabbed through the heart, which served as an eerie premonition of Vivier’s actual murder by stabbing. In light of this biographical context and lack of a double bar or signature, many scholars, most notably Vivier’s biographer Bob Gilmore, consider this work unfinished …  [read more]

A curious rest appears in one of the hundreds of music examples that Gottfried Weber employed to make his case about how the ear comprehends the key of a musical passage or work and how modulation and key relations are to be understood. This rest ought to have signaled to Weber that something was amiss with his newly devised foundation for the major-minor system. Yet he tenaciously kept it in place, leaving numerous other gaps in numerous other examples and charts of chords and keys. Ultimately, it influences how he engaged in Roman numeral analysis—the analytical method which he is credited with refining. Similarly, the appearance of this rest restricts his notion of Mehrdeutigkeit (multiple meaning) in ways that are likely to be counterintuitive to modern listeners. The first part of my paper will explain the theoretical context of Weber’s rest, and the second part will investigate its analytical consequences and implications for a history of musical perception.  [read more]

March 6 (note different time: 12:30 – 2:00)
Tom Beghin, Orpheus Institute (Belgium) and McGill University (Canada)
“The C-natural that wants to be a C-sharp: Beethoven’s Broadwood and His Late Piano Music”
sponsored by the Theory, Keyboard, and Musicology Departments